In computer network access control list (ACL) is set of rules that is usually used for controlling or filtering the network traffic and plays one of the crucial role in network security. Access list is configured in network devices such as routers, firewall for incoming and outgoing traffic. Access lists have list of conditions that categories the packets and allow or deny the traffic. ACLs also reduce the chance of spoofing and denial-of-service attacks in the network

ACLs is typically a set of rules which is applied on the interface. Once the access control list is created, it will be applied to the interface of the device. 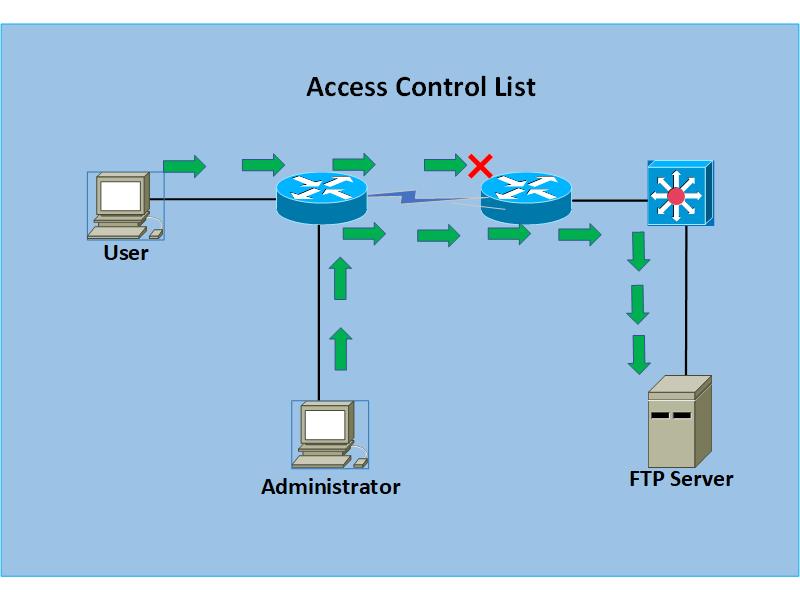 Once the packet will come in device on respective interface, it will be checked through each rule one by one till it match the rule. Once the packet is matched with the respective rule, the action will be applied either permit or deny based on the rule. If none of the rule matches with the packet, then it will automatically dropped. Access list is applied at the interface level for inbound or outbound traffic.

There are below two types of access  lists (ACL) which we can configure & apply on the network devices.

A. Yes we can configure both, name based and number based as well but we can have only one ACL on one interface per direction.

Q. What is the range of standard access ist ?

A. Access list which has created entries with deny only for any source or destination is referred as blocked access list.  This type of ACL is usually configured in Firewall to creating blacklisting / blocking external sources.

A. Yes it improves the network availability & performance as it restricts the unwanted traffic.

Q. Which type of ACL is better standard or extended?